Is there anything more comforting than junk food after a long, hard day at work? Imagine the crunch of that first, salty cheeto after a bad day at the office, or indulging in a little bar of chocolate after the gym, or a juicy quarter pounder just because it’s a Tuesday. Delicious!

Of course, there’s nothing wrong with some junk food from time to time, but when it becomes a habit, it will start to hurt your health in the long run. Think of it this way: a single serving of Cheetos (which is around a measly 20 pieces) contains around 150 calories and 10 grams of fat. It doesn’t seem much, but which one of us has stopped after only 20 pieces?

But just because it’s not great for you doesn’t mean you have to switch to celery sticks. There are tons of healthy lifestyle food guides out there with delicious, easy-to-make recipes that provide you the same comfort as your favorite junk food but without the unhealthy things that come with it.

So next time you feel like reaching for your favorite bag of chips, bar of chocolate, or juicy burger, don’t eat that! Eat these instead:

Not only does dark chocolate have a richer, more complex flavor than milk chocolate, it’s also chock-full of essential nutrients like magnesium, phosphorus, antioxidants, fiber, copper, iron, and many, many more.

That’s because dark chocolate is less processed than milk chocolate, which means more of the cocoa beans natural vitamins and minerals are retained.

Make these at home! It takes minimal effort, but you get a tasty, healthy snack that’s rich in beta-carotene, vitamin A, and vitamin B complex. 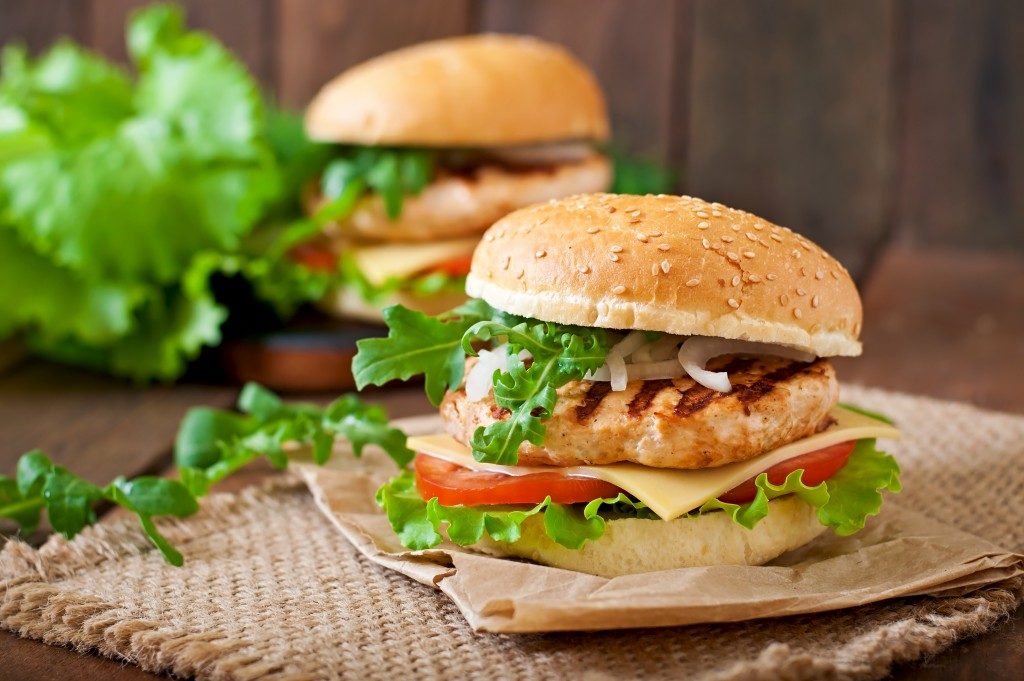 Beef burgers are as American as apple pie, and to be honest, there’s really no alternative to a juicy grilled, medium-rare quarter pounder (ideally grilled by a guy named Greg who calls everyone “sport” or “Champ”).

Having a burger every now and then isn’t too bad, but you could also consider a chicken burger. A grilled chicken breast has the same meatiness as a quarter pounder, but with only 220 calories, much less than a beef burger’s 350. And while chicken in itself can be a bit bland, if you add the right mix of spices and herbs, you could grind up a chicken breast and turn it into patties, and no one would be the wiser.

Bingeing on a bag of skittles doesn’t sound like a bad idea, but a small bag of rainbows contains a whopping 43 grams of sugar, which is basically your USDA-recommended sugar intake for the entire day.

Instead, go for a bag of dried fruits. It fulfills your craving, while providing you with all the vitamins and minerals of fruits. Pro-tip: go for dried goji berries, it’s packed with anti-oxidants, nutrients, and a whole lot of flavor!