England is one of the best destinations for anyone looking for an all-inclusive holiday. One of the places to center your holiday is Bath City. This city located in Somerset is an archeological wonder renowned for its well-preserved Georgian houses with over 500 buildings considered of architectural or historical significance.

There are numerous places to visit here including the royal crescent which boasts a uniform and breathtaking palace-like façade, the Bath Abbey, Pulteney Bridge, the Holburne and fashion museums and the museum of astronomy.

The Bath City Centre has hotels that are the best place for accommodation as you will get to experience more architectural wonders and be within walking distance of most of the above attractions. Although England is not as renowned as other tourist destinations for its cuisine, there are some culinary delights you should not leave Bath City without savoring. The following are a few of these culinary delights.

These have been an English staple since the Victorian era when they were sold at a Bow Bells market by a Jewish immigrant known as Joseph Malin. The beer battered haddock or cod paired with chips is one of the most common foods in Britain owing to its low cost and hearty ingredients.

English chips are notably much larger and softer compared with French fries. Nowadays you can get fish and chips across many pubs often served with tartare sauce and mushy peas. If you want an extra kick for the dish, add vinegar, salt or lemon juice to bring out its flavors.

This is a popular British dessert for events like the Wimbledon Tennis tournament. It is made of strawberries, broken meringue and cream served in a bowl.

The Eton Mess is a classic dessert found across all British cafes and restaurant. It can be paired with other summer fruits including blueberries and raspberries though strawberries are the choice for an authentic Eton Mess.

This was imported from India and is made using crushed tea leaves mixed with hot water. English tea is a warm caffeinated drink which you can drink with honey or sugar for sweetening. Unlike the herbal and green teas in most cultures, you have an option for the addition of milk in English tea. 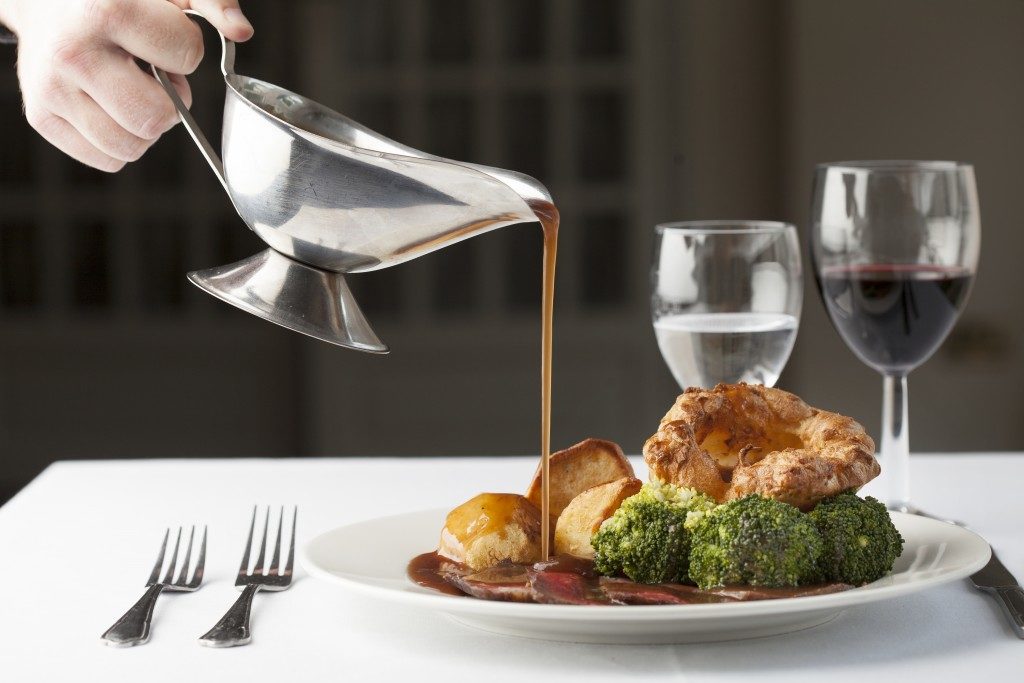 These use the best of British home-grown livestock and vegetables as the bases for hearty meals. Roast dinner is a Sunday favorite for many British families.

The traditional roast beef is made of lamb, chicken or beef served with various vegetables, roast potatoes and topped with gravy. Roast dinner is generally served with Yorkshire pudding.

These are quintessential English foods. Kippers are herrings which are sliced in half and salted and smoked. Though commonly a breakfast delight, kippers can be enjoyed at any time of the day.

Taking a holiday to England need not end with the architectural wonders you will see and the hospitality you will enjoy from the locals.

You might have tasted the above foods before, but in Britain, their recipes are different. They are hence nothing like what you might have tried in other locations. Delight your palate with them during your trip to Bath City.